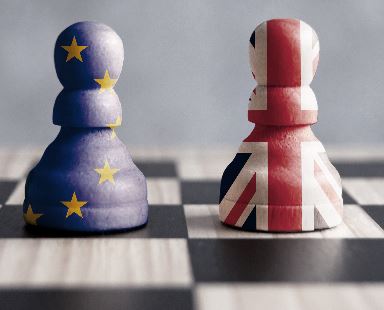 Regular updates from our immigration law specialists for UK businesses and their EU staff.

We hope you enjoyed our first ever Brexit Bulletin; a lot can happen in just two weeks. We hope our on-going Brexit bulletins will keep you up to date and will help you plan for Brexit to ensure you retain your valued workforce despite the uncertainties of negotiations in the run up to Brexit. Sign up here to stay informed with regular updates.

What Has Been Agreed for the Brexit Transition Period?

On 19 March 2018, significant progress was made towards reaching agreement over Brexit. The terms of the transition period were agreed between the key negotiators on each side, David Davis and Michel Barnier.

The key features of the agreement reached in Brussels are:

The First Draft of the EU’s Proposal

At 120 pages long, the European Union’s legal draft of its Brexit withdrawal agreement is hardly light reading. This historic first draft will form the backbone of the legally binding agreement which will govern the UK’s departure from the EU. Prepared by Michel Barnier’s European Commission Task Force 50, it is a solid step towards separation.

What Should we Look Out for?

So What is Making us a Not-So-United-Kingdom?

Currently, the border in Northern Ireland is the most controversial Brexit issue. After Boris Johnson hinted at a return of a hard border in Ireland, Theresa May warned that she would not do anything to threaten “the constitutional integrity of the UK”. She has categorically dismissed a hard border.

The EU proposal effectively grants a special status to Northern Ireland, and British politicians have alleged that the EU is trying to annex it. The DUP, who offer vital support to the Tory government, are also unsatisfied with the EU’s draft treaty – they think it breaches a previous Brussels agreement.

In Scotland, Holyrood has drafted their own EU Withdrawal Bill – a stop-gap solution if MSPs do not consent to the UK bill. Ministers disagree regarding powers exercised by Brussels, including issues like agriculture and fishing. Also, who should they go to post-Brexit – Westminster or Holyrood?

How do we Agree on the Right Deal for the UK?

Theresa May is still relatively positive about Brexit. She has stated that:

Negotiations are continuing. Some of the UK’s key trade proposals include:

However, the CBI (Confederation of British Industry) does not share her optimism and say there are “big holes” in the UK’s plan. Action is needed to stop firms moving away; manufacturing business may lose out from being outside of the customs union.