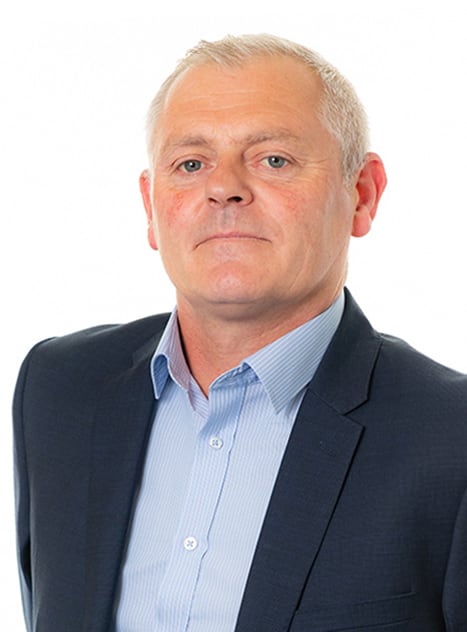 An experienced dispute lawyer, John specialises in complex construction defects cases, including dealing with matters of professional negligence. He also has significant experience in bringing and defending construction adjudications on matters of termination, payment, extension of time and defects.

John has growing experience with international construction disputes. He has been involved within the construction industry since leaving school in 1982, until beginning re-training as a solicitor in 2000 focusing solely on construction law.

John’s in-depth sector knowledge is a significant advantage in assessing a client’s position. It allows John to work efficiently with his clients and enables him to obtain a quick grasp on the issues to be resolved. John is frequently brought in to assist on problem projects to help guide the project team, protecting a client’s position against a back drop of a live contract.

John has dealt with a wide variety of defects cases, from concrete slabs, through to complex pre-cast engineering structures, solar cell, gas supply mains, glazing and pavings. These defects cases have been resolved via negotiation, mediation, litigation and adjudication.

John brings a focus of early assessment and settlement of these complex cases, alongside his experience of dealing with claims of negligence involving professional indemnity insurers and their lawyers.

John has led and worked on a number of significant payment adjudications under various forms of contract. John’s former position as a chartered quantity surveyor is particularly helpful in dealing with and managing payment type disputes. His in-depth industry knowledge allows him to deal with payment disputes in an insightful, effective and efficient manner for clients.

John has a developing expertise in advising on the operation and management of EPC type contracts being carried out under English Law. John has been involved in managing emerging disputes on EPC contracts in India, Ghana and Kurdistan. This claims management/avoidance role blends John’s practical construction experience, alongside his dispute management skills and expertise.

“His commercial awareness and detailed knowledge in the field of quantity surveying are second to none.”

“I have always found him to provide exceptional commercial advice, with the ultimate aim of providing cost effective dispute resolution. I have no hesitation in recommending him.”

“John Kelly has ‘a practical understanding of construction issues.”