What do consumer electronics, video games and hotel accommodation have in common? The answer is that all three of these sectors are currently under investigation for suspected breaches of EU competition law as it applies to digital sales (‘e-commerce’). Crucially, the competition law rules being enforced have much wider application across any industry that sells online.

In February 2017, the European Commission announced the launch of three new competition law investigations into online selling practices, each linked to the use of new technology. Two of these cases follow up on competition concerns that came to light during the Commission’s e-commerce sector inquiry, where the regulator’s full findings are due out in the first half of 2017.

This practice restricts the ability of online retailers to determine their resale prices independently and occurs through suppliers setting fixed or minimum resale prices that dealers must sell at or above. RPM generally breaches EU (and UK) competition law.

According to the Commission, the effects of RPM may be exacerbated due to many online retailers using technology that automatically adapts online retail prices to those of leading competitors. Use of price monitoring software may limit deviations from recommended (or maximum) online prices. The Commission is investigating whether the alleged behaviour of these consumer electronics manufacturers in using such software may have had a broader impact on their overall online prices.

RPM is also highly topical in the UK (see our recent Alert here). In June 2016, the UK competition regulator, the Competition and Markets Authority (CMA), published an ‘open letter’ to suppliers and retailers in the wake of two findings of RPM. These CMA decisions, in its bathroom fittings and commercial catering refrigeration investigations, resulted in substantial fines for the suppliers involved. The CMA has also recently issued a ‘statement of objections’ to a lighting supplier, Poole Lighting Limited, alleging that it breached UK competition law by restricting retailers’ freedom to discount its light fittings online.

The investigation concerns five large PC video game publishers (Bandai Namco, Capcom, Focus Home, Koch Media and ZeniMax), each allegedly having a contract with Valve Corporation for use of Valve’s game distribution platform, ‘Steam’. To confirm a newly purchased PC video game is not pirated, this platform requires input of an ‘activation key’ before the game can be played. The system is applied for a wide range of games, from sports and action games to simulation.

This investigation is allegedly analysing whether the contracts entered into with Valve require(d) the use of activation keys for the purpose of geo-blocking. According to the Commission, such a digital key may have been used to grant access to a video game only in certain EU Member States (e.g. Poland or the Czech Republic), thus preventing consumers from buying the game from other EU countries at cheaper prices.

The Commission desires an integrated, fully functioning ‘single market’ across the EU. Its concern is that geo-blocking practices could amount to a two-fold breach of EU competition law, by:

The Commission’s hotel accommodation investigation concerns agreements between Meliá Hotels and the largest European tour operators (namely, Kuoni, REWE, Thomas Cook and TUI). Of the three Commission investigations, this is the only one that stems from complaints made to the Commission (in this case, by customers), rather than material that came to light during its e-commerce sector inquiry.

In announcing its hotel accommodation investigation, the Commission welcomes hotels developing and introducing innovative pricing technologies that are intended to maximise room usage. However, it contends that such technologies must not lead to discrimination between customers based on location.

The Commission suggests that the agreements in this case may result in customers not being able to see the full hotel availability or book hotel rooms at the best prices. According to the Commission, this may constitute a breach of EU competition law if customers in some Member States are denied the opportunity to access better conditions offered by tour operators in other Member States purely on the basis of the customer’s nationality or country of residence.

If proven, such practices would fly in the face of the Commission’s objective of fostering a single market, leading instead to its partitioning along national lines.

As its ongoing e-commerce sector inquiry has illuminated for the Commission, use of all three of the practices it is now investigating – resale price maintenance, geo-blocking and discrimination on the basis of customer location – is widespread across Europe. Further enforcement action is likely to follow, both by the Commission in the EU and – at least in terms of RPM – by the CMA in the UK.

Digital competition compliance must therefore be very high up on all companies’ agendas. It is the responsibility of the Board and senior management to demonstrate an unequivocal commitment to competition law compliance from the top down. If you would like more information on compliance with EU and/or UK competition law, please get in touch with Andrew Maxwell. 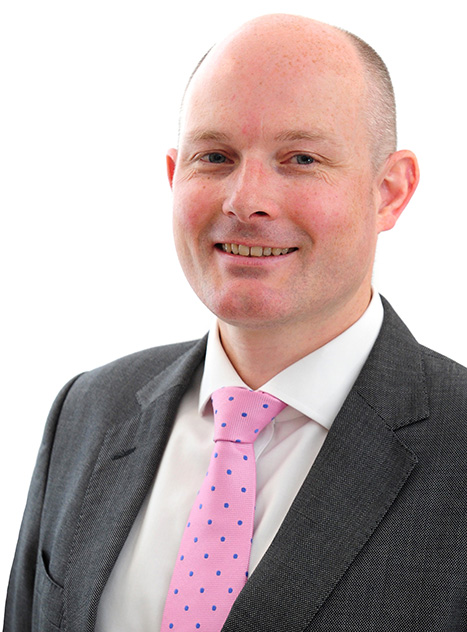