The Duty Suspended Regime for alcohol and tobacco products throughout the UK and EU is a key sector in HMRC’s efforts to combat tax fraud, with an estimated £2 billion being lost annually through smuggling and duty evasion.

The fraud is committed by traders who remove alcohol and tobacco from dedicated customs warehouses and either divert them onto the black market in the UK or export the goods to an EU country with lower rates of duty, pay the duty in that country, and then smuggle the goods back into the UK.

One of HMRC’s tactics used to combat the fraud has been to impose a strict liability for any loss of revenue through duty evasion onto logistics companies and wholesalers who offer Excise Duty Movement Guarantees (“EDMG”). These EDMG’s, supported in the majority of cases by a bank facility, are commercially offered to exporters and importers and can be called on by HMRC in the event that goods are diverted during the course of shipment. Movements of duty suspended goods are monitored by HMRC through the Excise Movement and Control System (“EMCS”) which electronically records the dispatch of goods from a warehouse. When the goods are delivered to the nominated receiving warehouse, that warehouse will enter details of the receipt onto the EMCS and the EDMG will be discharged. If no receipt is recorded within 4 months of dispatch, the guarantor becomes liable for the duty value of the goods.

Due in part to the rising levels of fraud and limited resources of HMRC to combat it, HMRC’s approach has been to require the guarantor to police the movement of the goods even though the guarantor will usually have no involvement in the mechanics of the movement. Further, if the loss of duty exceeds the value of the security provided by the EDMG, HMRC will nonetheless seek to enforce the full loss against the guarantor.

Essentially HMRC’s policy operated to transfer the liability for the tax loss to the private sector where the companies held liable had no involvement in or knowledge of the fraud. The implications of this policy for logistics companies, wholesalers and lenders can be severe.

Against this background Freeths have recently been successful in limiting the impact of EDMG’s in the First Tier Tax Tribunal decision of Logfret (UK) Limited v The Commissioners for Her Majesty’s Revenue and Customs [2017] UKFTT 0484 (TC).

Logfret, an international haulier, provided its guarantee to an alcohol exporter to cover four movements of mixed beer and wine that was recorded on the EMCS system as being scheduled for delivery to duty warehouses in France and Belgium.

HMRC raised assessments on Logfret as the provider of the guarantees for the movements on the basis that irregularities had occurred. For three movements, the goods were not receipted on EMCS at all and, in relation to the fourth movement, whilst the goods were receipted, this occurred after a period of four months from the date of despatch. The losses alleged by HMRC were almost £200,000, a substantial part of which was in excess of its guarantee. The impact on Logfret would have been significant damage to its UK operation and to its reputation. It is important to note that Logfret, in common with all EDMG holders, had no access to the EMCS system and was therefore unable to monitor the movements which it was guaranteeing.

The Tribunal considered three main areas in its judgement:

Was the scope of the Movement Guarantee unlimited?

One particular feature of the case was that the exporter of the goods had changed the destination warehouse on the EMCS to a different location to that specified in the contract with Logfret and had failed to inform Logfret of the change. The Tribunal rejected Logfret’s argument that the alteration in destination was a breach of the guarantee, holding that Regulation 18 of the Excise Goods (Holding Movement and Duty Point) Regulations 2010 meant that a guarantor can be liable for duty loss even in circumstances where there is a unilateral change in destination by the consignor of the goods. Acknowledging that this is an area of potentially unlimited exposure for guarantors, the Tribunal commented that “the authorities might wish to consider whether provision for such access to EMCS could be made available so that a guarantor transporter can track the progress of duty suspended goods whose movement it has guaranteed.” This would certainly be a welcome, and practical solution although it remains to be seen if HMRC will heed this advice

What is acceptable evidence of delivery?

In the absence of confirmed delivery on the EMCS, Logfret had provided a number of documents showing that the goods had arrived at their stated destination, such as delivery notes, CMRS and transport tickets. These are all listed as acceptable evidence of delivery in HMRC’s own Public 147.

However, at the trial HMRC insisted that as well as these, a letter from the fiscal authorities in the destination Member State was necessary to show adequate proof of delivery. Two issues arose from this. Firstly. HMRC considered that the list of examples were cumulative, not alternative, requirements and therefore contended that without a letter from the fiscal authorities Logfret had not gathered sufficient evidence of delivery. The second issue was that it is virtually impossible for a private company to compel a European Tax Authority to carry out inspections of warehouses to ascertain that a particular shipment has actually arrived. This was ironically well evidenced by HMRC’s own failed efforts to obtain reports from the Belgian and French Tax Authorities.

The Tribunal, applying common sense, held that the list of alternatives provided in Notice 147 was not cumulative and therefore the evidence of delivery collated by Logfret was sufficient to satisfy the conditions set out in Public Notice 147.

Do goods have to arrive at their destination within four months?

A further issue that arose was the question of timing of the delivery. The fourth movement had been delivered to a warehouse in Italy, but had not been receipted on the EMCS until a year following dispatch. Albeit that the receipt confirmed that there was no lost duty, HMRC still attempted to claim from Logfret on the grounds that the receipted delivery occurred more than four months following the dispatch. HMRC’s argument was that as the 2010 Regulations provided a four month period for a guarantor to assemble proof of delivery, then the same four months operated as a time limit for that delivery to be proved.

The Tribunal rejected HMRC’s arguments and found that as the fourth load had been receipted and there was therefore no loss of duty, then Logfret’s Movement Guarantee could not be called upon.

Logfret’s success will be welcome news for guarantors who are facing potential duty liabilities where HMRC are alleging that irregularities have occurred. They should carefully consider whether HMRC’s interpretation and application of the Regulations is correct in light of this decision, and whether there are any routes for challenging alleged irregularities. For those businesses who allow others to use their movement guarantee without any other involvement in the movement, they should be aware of the potential unlimited exposure that they may face. 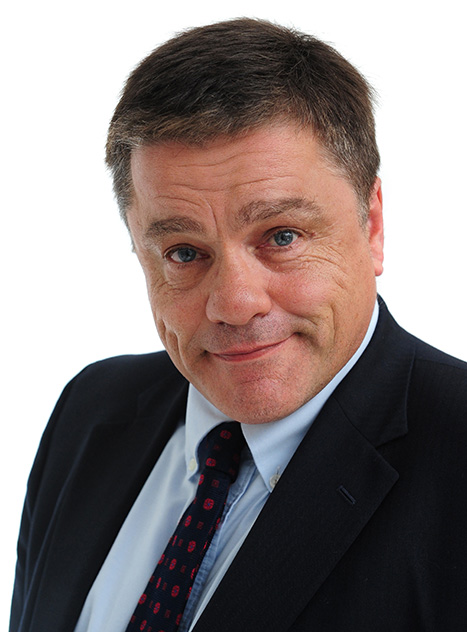