This month’s bulletin covers some of the fall-out from the Supreme Court’s decision that Employment Tribunal fees are unlawful, cases on the concept of the shifting burden of proof in discrimination cases and monitoring employee’s private messaging accounts. We also cover guidance from the Tribunal on injury to feelings awards and compensation for pension loss.

We have previously reported on the decision of the Supreme Court (“the Unison decision”) that the Government’s decision to introduce fees for bringing Tribunal claims in 2013 was unlawful. The Government announced that the fees would cease with immediate effect.

August has seen confusion about how this impacts on claims within the system. On 9 August 2017, the Employment Tribunals announced a stay on all claims brought in reliance on the Supreme Court’s decision in the Unison case. This covered, for example, any claims for reimbursement of fees or for reinstatement of claims that had been rejected or dismissed for non-payment of fees. The stay meant that such claims would hang in limbo until such time as there was more clarity about the procedure.

Barely a week later, on 18 August 2017, this stay on claims was lifted on the basis that the intentions of the Ministry of Justice had become clearer and an announcement was expected shortly about the procedures to be put in place for such claims. We understand that more details will be announced this month.

It has been reported that on 10 August 2017, there was the first example of the impact of the Unison decision in a first instance Tribunal judgement where the Tribunal allowed a claim presented out of time after it had initially been rejected for a failure to pay the issue fee. This extension was granted on the basis that it would be just and equitable to allow the claim to proceed. Whilst claims may turn on their own facts, and whilst we await further Tribunal decision and guidance from the Ministry of Justice, there does appear to be the definite possibility of rejected claims being resurrected.

Burden of proof in discrimination cases

The concept of the burden of proof is an important one in Tribunal cases, and particularly in discrimination cases. Essentially, as an Employment Tribunal case cannot end in a draw, one party has the “burden of proof” such that unless they tip the scales in their favour, they lose the case.

S136(2): “If there are facts from which the court could decide, in the absence of any other explanation, that a person (A) contravened the provision concerned, the court must hold that the contravention occurred”

S136(3): “Subsection 2 does not apply if A shows that A did not contravene the provision”.

By way of example:

The burden of proof is particularly important in discrimination cases since explicit evidence of discrimination is often rare. It also means that in certain cases, once a Claimant had given their evidence, the Respondent might in theory make an application that the Claimant had not shown facts from which discrimination could be inferred and that the claim should therefore be rejected without the need for further evidence.

The recent decision of the EAT in Efobi v Royal Mail Group Limited has challenged the traditional interpretation of the burden of proof in discrimination cases. The EAT held that the provisions of the Equality Act 2010 are slightly different to those in the preceding legislation on which the previous burden of proof cases were based.

Mr Efobi was a postman who applied unsuccessfully for 33 internal IT roles. He brought a claim of direct race discrimination. 6 recruiters and 2 hiring managers were involved in his various unsuccessful applications, but none were called to give evidence at the Tribunal hearing. The Tribunal found that whilst Mr Efobi had volunteered information about his town and country of birth in his application, he had not proved that such information was viewed or taken into account as part of the application process. His claim failed partly because he failed to prove facts from which the Tribunal could conclude that the recruiters and hiring managers knew of his protected characteristics.

The EAT upheld Mr Efobi’s appeal and found that it is not, in strict terms, for the Claimant to show facts from which discrimination could be inferred before the burden of proof shifts to the Respondent. The EAT considered that the actual wording of s136(2) is more neutral than that: the Tribunal has to consider all of the evidence, and not just evidence from the Claimant, at the end of the hearing to determine whether or not there were facts from which it could conclude that discrimination occurred.

The EAT was critical of comments in the Tribunal’s decision that the Claimant “had not proved facts…” arguing that the wording of the legislation did not require the Claimant to prove anything, it rather required the Tribunal to consider whether there were facts from which discrimination could, in the absence of any other explanation, be inferred.

The case has been remitted to a different tribunal for a rehearing.

Whilst the burden of proof issue has often been seen as a technical point, this case is a reminder that if a Respondent does not call evidence that is within its knowledge and could be called, relying on the Claimant’s inability to prove facts, the Respondent runs the risk of an inference of discrimination.

The Presidents of the Employment Tribunals have, after consultation, announced a formal increase in the Vento bands of injury to feelings awards in discrimination cases. With effect from 11 September 2017, the bands will be:

The bands will be reviewed in March 2018 and annually thereafter.

Calculating pension loss in Tribunal cases can be complex (particularly where Claimants were members of final salary pension schemes). It has been acknowledged for some time that the existing guidance was out of date.

Following consultation, fresh guidance came into force with effect from 10 August 2017. In addition to the detail of the calculations, the guidance sets out the principle that complex cases involving final salary schemes should be identified at an early stage and, if liability is established, the issue of pension loss should be dealt with at a separate remedies hearing.

We reported in 2016 on the decision of the European Court of Human Rights that the Romanian Courts had acted lawfully in rejecting the claim of an employee under Human Rights legislation when he had his private yahoo messenger account monitored by his employer. Factors included that the employee knew that he was not allowed to use work computers for personal purposes and that the extent of monitoring was deemed proportionate. The case received significant publicity at the time, with headlines about a “Snooper’s Charter”.

This decision was appealed to the Grand Chamber of the ECHR who have now reversed the decision, holding that the Romanian Courts failed to strike a fair balance between the employer’s and employee’s interests. An important factor in their determination was that employers should tell their workers that their communications might be monitored.

Cases of course turn on their own facts and, in the same way that we reported that the original decision of the ECHR did not mean that employers had carte blanche to view personal e-mails and messages, this reversed decision does not mean that employers can never monitor communications. The ECHR on its own website states that ruling does not mean that firms cannot now monitor employee communications at work, and that they can still dismiss employees for private use in appropriate cases. However, they consider that States should ensure that, when an employer takes measures to monitor employees’ communications, these measures are accompanied by adequate and sufficient safeguards against abuse. 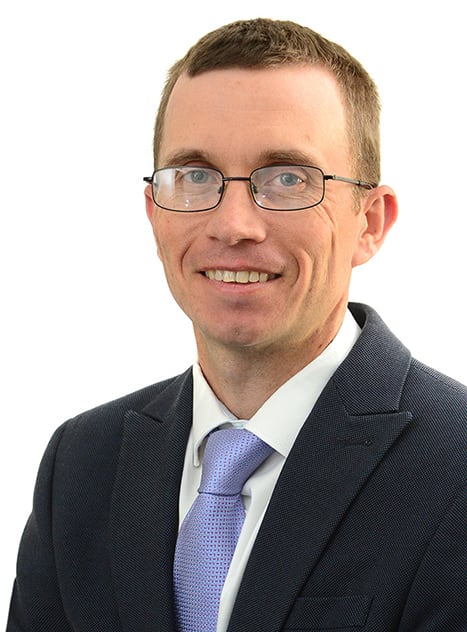