In that business killer thriller called The Apprentice (yielding at least one casualty a week), when the Grand Panjandrum wants someone out, he just has to point a finger and say ‘You’re Fired!’ ‘Done-for’ hopefuls then meekly oblige and trundle off.

However, with the increased complexity in both function and form of modern local government, the current provisions have been considerably extended. So (for present purposes) under section 80 of the Local Government Act 1972 councillors (or prospective councillors) are disqualified if within five years before or since election they have been convicted of an offence and imprisoned ‘for a period of not less than three months without the option of a fine’. Other specified disqualification conditions also apply, including employment by the authority or authorities in question, bankruptcy and disqualification under Part III of the Representation of the People Act 1983 (Legal Proceedings).

Similar provisions affect elected mayors of combined authorities (under paragraph 9 of schedule 5B to the Local Democracy, Economic Development and Construction Act 2009) and London Mayors or Assembly members under section 21 of the Greater London Authority Act 1999.

Should these sex offender and anti-social behaviour sanctions (not meeting the current three month imprisonment criteria) also disqualify those standing for election or holding office as a local authority member, combined authority mayor or, London Mayor or London Assembly member?

That’s what the Government wants to know. For in September 2017 the Department for Communities and Local Government (DCLG) issued a Consultation Paper entitled: Disqualification Criteria for Councillors and Mayors (available on www.gov.uk). This seeks answers to various questions (see below) to which responses are sought by Friday 8 December 2017.

As the Government acknowledges, the issue is all about public trust in local government. Councillors ‘take strategic decisions that affect all our lives’, ‘decide how best to use taxpayers’ money and manage local authority resources’. They also have a leading role ‘in building and preserving a society where the rights and freedoms of individuals are respected’. It is consequently vital that they who ‘should be community champions’ ‘have the trust of the electorate’.

The Government therefore considers ‘that there should be consequences where councillors, mayors and London Assembly members fall short of the behaviour expected of anyone in a free, inclusive and tolerant society that respects individuals and society generally, and where this has led to enforcement action against an individual.’

The issues canvassed in the Consultation are indeed relevant since public trust in local democracy is clearly at risk where its elected member custodians fall well below the behaviour that electors could reasonably expect. But since the Localism Act 2011, the sanctions available to English (but not Welsh) local authorities for breach of their codes of conduct have been considerably diluted. Before then, sanctions available for English authority members in breach included suspension and disqualification. Nevertheless, although abolished in England, these provisions continue in Wales.

So, as Hickinbottom J pointed out in Heesom v. Public Services Ombudsman for Wales [2014] EWHC 1504 (Admin): ‘in England, a councillor cannot be disqualified unless he is (i) in the paid employment of the authority (s 80(1)(a) of the 1972 Act…); (ii) convicted of any offence and sentenced to imprisonment for at least three months (s 80(1)(b) of the 1972 Act…) or (iii) convicted of an offence under s 34(1) of the 2011 Act [offences regarding failing to disclose a disclosable pecuniary interest or having such an interest participating in a discussion or vote] and thereafter made the subject of a disqualification order by the magistrates.’

Therefore, per Hickinbottom J: ‘upon the abolition of these sanctions and outside the categories described above, a councillor in England can no longer be disqualified or suspended, sanctions being limited to (for example) a formal finding that he has breached the code, formal censure, press or other appropriate publicity, and removal by the authority from executive and committee roles (and then subject to statutory and constitutional requirements).’

The Committee for Standards in Public Life (CSPL) has expressed concern about this. So in its 2013 Report, Standards Matter it said that: ‘The new, slimmed down arrangements have yet to prove themselves sufficient for their purpose. We have considerable doubt that they will succeed in doing so and intend to monitor the situation closely’. CSPL is therefore intending during 2017/2018 to undertake a review of local government standards based around a consultation to be launched in early 2018. But that is for the future and those who expect any change to result (rapidly or at all) may be at the more optimistic end of the spectrum.

So to focus on current ‘known knowns’, at this point we have the present consultation around the Local Government Act 1972 disqualification criteria. The Government takes the view that anyone subject to sexual offender notification requirements or anti-social behaviour sanctions should be barred from holding elected local office during the subsistence of those requirements or sanctions. However, the ‘Government does not propose including another type of civil order, the Sexual Risk Order, as this person would not have been convicted or cautioned of a sexual offence under the Sexual Offences Act 2003 and are not subject to notification requirements for registered sex offenders’.

As to anti-social behaviour the Paper contains a useful table summarising the different sanctions available to the courts, the police and to councils, police and social landlords.

Respondents are also asked whether the proposals will have an effect on local authorities discharging their Public Sector Equality Duties under the Equality Act 2010 and whether they have any further views about the proposals. The e-mail address for responses is: Section80consultation@communities.gsi.gov.uk to be received as indicated by 8 December 2017.

Life is clearly hectic and there’s always a host of things pressing for attention. However, the Paper does give an opportunity for practitioners to give Government the benefit of their experience before it legislates. An opportunity therefore well worth taking.

N.B. This article was first published online in the Law Society Gazette. 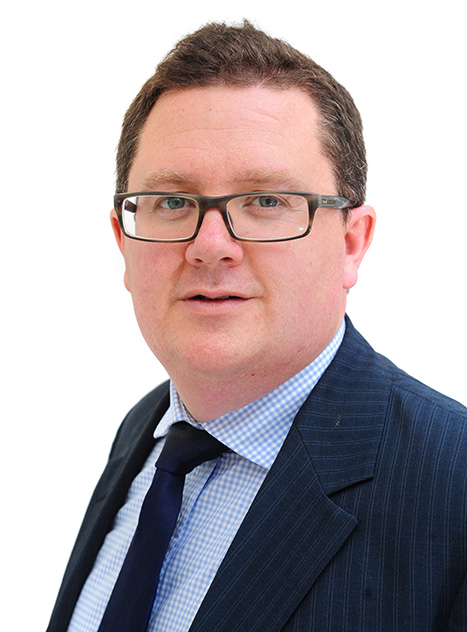