Worth knowing about because…

It is currently unclear to what extent it is possible to invalidate a registered trade mark because the specification is insufficiently clear and precise or on the ground of bad faith due to lack of intention to use the full scope of goods and services specified.

Arnold J analyses the case law on these questions and comes to his own conclusions, namely that “computer software” is too wide a term and it is possible to establish bad faith due to a lack of intention to use an incredibly wide specification. However, Arnold J ultimately refers these questions to the CJEU for determination. If the CJEU agrees with Arnold J’s conclusions this could limit the protection afforded to trade marks where registrations have an artificially wide specification.

What was this case about?

Sky (the broadcaster) sued Skykick (a company specialising in the provision of computer software related to the Microsoft Office suite) in trade mark infringement and passing off.

Skykick counterclaimed for the invalidity of Sky’s marks, both on the ground that the specifications were insufficiently clear and precise, and on the ground of bad faith as Sky had no intention to use certain of the goods and services specified.

Skykick argued that the term “computer software” was so impossibly wide that it cannot satisfy the requirement under IP Translator (and now Article 33(2) of the EUTMR) that trade mark specifications must be sufficiently clear and precise to allow the competent authorities and third parties to determine the scope of protection conferred.

Arnold J agreed that “computer software” was an incredibly broad term, and that there might by public policy reasons to prevent a trade mark applicant claiming such a wide monopoly. However, he also recognised that this does not necessarily mean the term is insufficiently clear and precise, just that it is incredibly broad in scope. Accordingly, Arnold J referred the question of whether “computer software” was sufficiently clear and precise to the CJEU.

Arnold J also noted the conflicting UK case law on whether this is even a possible ground for invalidity against a registered trade mark, and so referred the question to the CJEU.

It is also worth noting that this judgement confirms that marks which were still pending applications at the date of the IP Translator judgement (19 June 2012), as Sky’s trade marks were, are still subject to it. It is only registrations that were granted prior to 19 June 2012 that are not subject to the requirements of the IP Translator decision (as per Brandconcern).

Bad faith – lack of intention to use

Skykick also argued that the incredibly wide specifications of Sky’s marks must lead to the conclusion that they were applied for with no intention to use, and therefore in bad faith.

While Arnold J leaned towards the conclusion that a lack of intention to use can mean bad faith in certain circumstances, he noted that the case law is mixed on this point and accordingly he referred the question to the CJEU.

Arnold J also had to determine whether partial bad faith (i.e. due to a lack of intention to use only some of the goods and services specified) would lead to invalidity of the entire mark, or invalidity only in respect of those goods and services for which there is no intention to use. Arnold J’s opinion was that partial invalidity is possible, but he noted the EU case law and EUIPO guidelines which suggest the contrary, and so referred the question to the CJEU.

The fading own name defence for companies

Skykick also argued that even if their invalidity counterclaim failed, their use of the Skykick signs complained of would be covered by the own name defence.

For the EU trade marks relied upon by Sky, given the restricted scope of the own name defence to natural persons only, Skykick were forced to argue that the amendment to the regulation that restricted the defence was invalid as it constituted an unjustified or disproportionate interference with EU fundamental rights. They were (unsurprisingly) unsuccessful, as Arnold J held that while there was an interference with EU fundamental rights this interference was justified.

Skykick’s arguments also failed in respect of the UK trade marks relied upon by Sky, even though (until transposition of the new trade mark directive) the own name defence can still be relied upon by corporate entities. This is because Arnold J held that Skykick’s use of the Skykick marks was not in accordance with honest practices in industrial or commercial matters, as they had not acted fairly in relation to Sky’s legitimate interests (assuming their trade mark rights are valid).

This case could have a big impact on the filing strategies of some trade mark proprietors if the CJEU agrees with Arnold J’s conclusions.

Filing applications for incredibly broad specifications for which there can be no hope of use would no longer be the best way of carving out a broad monopoly for the mark in question, as such applications would be inherently vulnerable to revocation.

It might be that in the future the best way to secure the broadest of protection possible is to limit specifications to those goods and services where there is at least a faint commercial rationale for including them (and noting that rationale at the time of filing).

It is also worth noting Arnold J’s reluctance to recognise the own name defence in relation to corporate entities, even in response to an allegation of UK trade mark infringement (to which it is technically still a valid defence). As the transposition date for the trade mark Directive draws closer (and the UK government has confirmed its intention to conform with the Directive in spite of Brexit), it seems the own name defence will be of ever decreasing use to corporate entities. 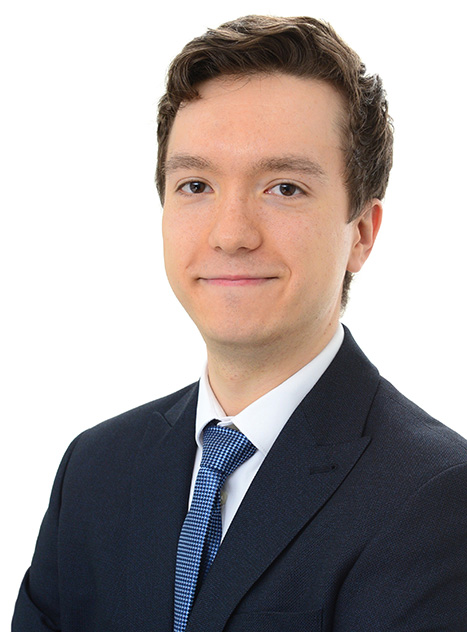