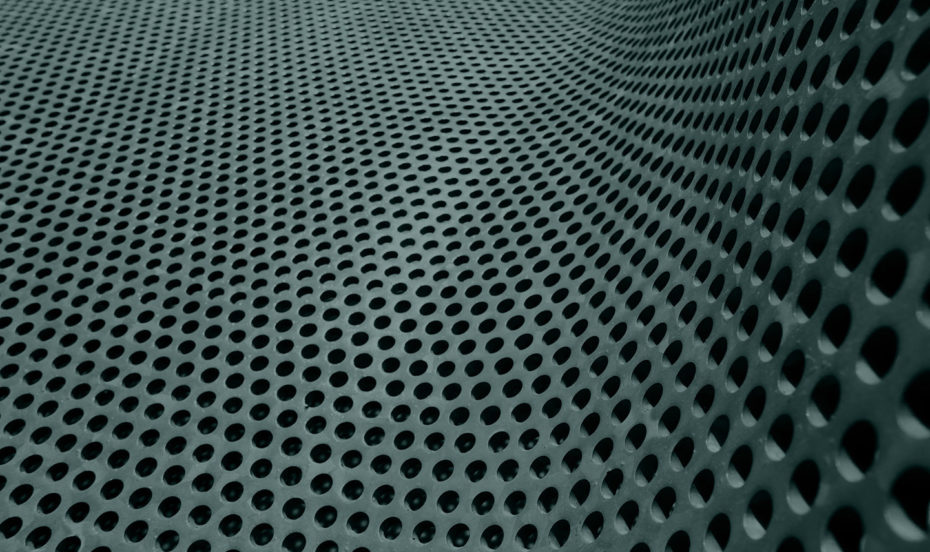 Welcome to the August edition of Freeths’ Employment Law Update

This month we take a look at sleep-in workers pay, the rise in tribunal claims, more on holiday pay, age discrimination at work, duty of care over references and ways for self-employed ‘gig’ economy workers to simplify their tax affairs.

Regulation 32 of the National Minimum Wage Regulations 2015 (NMWR) provides that, a worker who is not actually working may be treated as working if they are available (and are required to be available) at or near a place of work for the purpose of doing such work, with two exceptions:

Royal Mencap Society v Tomlinson-Blake; Shannon v Rampersad saw the Court of Appeal determine whether the entire period of on-call time should be taken into account for the purposes of the NMWR, even if the worker was sleeping for most of it.

The issue concerned two care workers who were contractually obliged to spend the night at, or near, their workplace and were expected to sleep for most of the period but could be woken if their assistance was required. The care workers were paid a fixed sum for the sleepover shift. One was paid additional sums if called during the night and the other received free accommodation all year round in addition to the fixed sum.

The question for the Court of Appeal was whether the sleepover shifts fell within the definition of “time work” and “salaried hours work” under the NMWR, such that the NMW should be paid for the time spent on the whole sleepover shift.

While the first appeal was allowed, the second was dismissed.

It was found that the care workers, who were required to sleep at, or near, their workplace and be available to provide assistance if required, were available for work rather than actually working. Accordingly, they were only entitled to be paid the NMW for the time that they were required to be awake for the purpose of working, rather than for the entirety of the sleep-in shift.

This judgement brings some clarity to this area, ruling that workers who sleep at a residential care home or similar place of work while “on call” for emergencies are merely available for work (and therefore not entitled to the NMW) until actually called upon. Whilst this will come as a relief to employers in the care sector (which is struggling after recent funding cuts), it will come as a disappointment to unions, who have been campaigning for improved pay and conditions in this already low-paid sector.

You may recall the Supreme Court ruling in July 2017, which made charging claimants up to £1,200 in tribunal fees unlawful. One year later, the Advisory, Conciliation and Arbitration Service (ACAS) has highlighted in their annual report (printed on 18 July 2018) that, as a result of this, notifications to bring a claim have increased from 1,700 to 2,200 per week. Furthermore, there has been a 39% increase in the number of cases involving a tribunal claim.

Sir Brendan Barber of ACAS confirmed that “the number of people deciding to pursue a tribunal claim has definitely increased since the Supreme Court decision to scrap fees”.

Pay and employment conditions were the top cause of disputes, with the top three topic categories of the 783,000 calls made to ACAS being:

As demonstrated by the figures in the report, more people are bringing claims for mistreatment at work. As a result of this, employers not only have a greater number of claims to defend but their legal costs have also increased. Thus, although the abolition of fees has ensured that employees are able to access justice regardless of their financial situation, it appears to have placed a greater financial burden on employers.

Employers can protect themselves from the risk of employees bringing actions against them, for example, by ensuring that appropriate policies and procedures are in place and are subsequently followed.

In Flowers v East of England Ambulance Trust (Flowers), the Employment Appeal Tribunal (EAT) had to decide whether voluntary overtime (time which the employer was not obliged to offer and the employee was under no obligation to do) should be included in the calculation of holiday pay.

Clause 13.9 in the NHS terms and conditions of service states:

“Pay during annual leave will include regularly paid supplements, including… payments for work outside normal hours… Pay is calculated on the basis of what the individual would have received had he/she been at work. This would be based on the previous three months at work or any reference period that may be locally agreed”.

The claimants worked for the respondent’s ambulance service. They were occasionally required to work non-guaranteed overtime or shift overruns, for which they received extra payment. The tribunal concluded that a distinction was to be drawn between the two types of overtime for the purpose of clause 13.9, such that:

The claimants appealed and the respondent cross appealed.

In terms of Directive 2003/88 Article 7, the EAT had to consider whether overtime would amount to “normal remuneration” under the Directive. Since the initial decision of the Employment Tribunal in Flowers, the EAT in Dudley MBC v Willetts held that payments for voluntary overtime did fall within the concept of “normal remuneration” under the Directive if the employee was paid over a sufficient period of time.

Thus, following this decision, it is unsurprising that the claimants’ appeal was allowed and the respondents’ cross appeal was dismissed.

The EAT reversed the original decision and agreed that non-guaranteed overtime or shift overruns and voluntary overtime payments made to ambulance staff should be regarded as part of their normal remuneration for the purposes of calculating holiday pay, provided that they work those shifts sufficiently regularly.

Although the Equality Act 2010 made unconscious bias, casual ageism and discrimination against older workers unlawful, a recent report by the Women and Equalities Committee argues that this is far from the case as in reality, too little is being done to enforce the law.

MPs on the Women and Equalities Committee claim that the failure to enforce age discrimination laws appropriately is the reason why more than a million people aged over 50 are being locked out of the workplace. This is problematic, especially when those who want to work are not given equal access to employment. The report describes this as wasted talent as the country already faces difficulty in recruiting and retaining an experienced and skilled workforce.

Consequently, the report calls for the Government alongside the Equality and Human Rights Commission (EHRC) to take a more active approach in tackling age discrimination. Whilst it does recognise that the current strategies already in place (such as the ‘Fuller Working Lives’ programme and the ‘Industrial Strategy’) do have merit, ultimately, it concludes that these are not very well coordinated.

The report encourages the Government, employers and the EHRC to make some practical changes to avoid age discrimination in the workplace. These include:

The need for Government action is clear. Not only does the retention of older workers benefit the economy and make the state pension more affordable but more importantly, it benefits the financial, health and social wellbeing of individuals. Furthermore, the next few decades will see the British labour market change dramatically as more people stay in employment for longer than before. Hopefully the Government, EHRC and employers can work together to ensure that all employees feel wanted and have a place at work, regardless of their age.

A longstanding dispute between the parties in Banca Nazionale del Lavoro SPA v Playboy Club London Ltd and others has finally come to an end.

Banca Nazionale (bank) provided a reference for one of their customers who then used it to obtain a cheque-cashing facility with the Playboy Club (casino). The reference turned out to be inaccurate as the customer never had any funds in his account with the bank. Furthermore, the reference appeared to have been sent by an employee of the bank without actual authority. The casino brought proceedings against Banca Nazionale for the negligent reference which was provided.

In the High Court, two possible tests for liability were considered:

Regardless of which test applied, the High Court agreed that the bank was liable to the casino for the inaccurate reference provided.

The decision of the High Court was overturned as the Court of Appeal, applying Caparo v Dickman and distinguishing Hedley Byrne & Co Ltd v Heller Ltd, held that the bank could not be liable to the casino. This was because the court could not distinguish ‘a special relationship’ between the bank and the casino as the bank were only aware that a reference had been requested by the customer, they did not know the purpose for which the reference would be used.

The Court of Appeal therefore accepted that it would not be fair, just and reasonable to hold the bank liable.

Now the Supreme Court has unanimously upheld the Court of Appeal’s decision that the bank cannot be liable to the casino for providing an inaccurate reference.

This is an interesting case that highlights the extent to which an employer may be liable for the negligent actions of their employees. It is clear from the decision of the Court of Appeal as well as the subsequent support from the Supreme Court, that the courts are reluctant to expand the scope of persons to whom a duty of care is owed.

It is also worth noting that the bank in this case made it clear that the information provided was given in strict confidence. Therefore, in order to avoid liability to third parties, employers should make their intentions unequivocally clear when providing references.

With modern technology playing an important part in our everyday lives, it comes as no surprise that an increasing number of people are finding work through online platforms. Such individuals are considered as self-employed which means that they have to deal with their own tax affairs. Quite often, this can be a complex procedure, therefore the OTS have come up with ways in which self-employed workers can be provided with a more simple experience.

The OTS suggests that:

It is clear that the OTS are committed to closing the gap between modern technologies and the way in which businesses operate. With such potential benefits, hopefully the Government and HMRC can take on board the suggestions and empower self-employed individuals to overcome the current difficulties associated with managing their tax affairs. 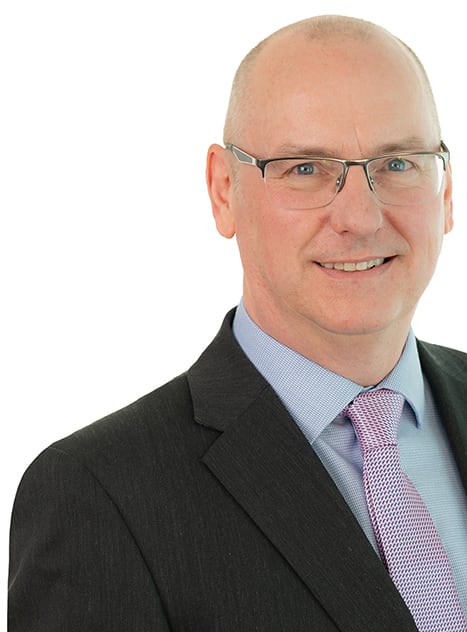