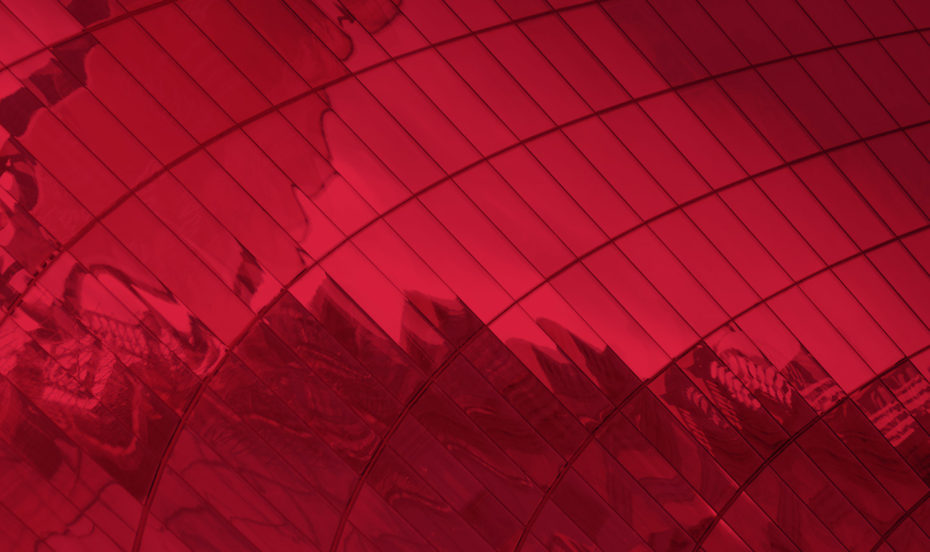 Welcome to our July Employment Update.

You’ll find links to some brief video clips after some of the cases, which give our commentary on key points to be aware of. Topics we focus on this month include dismissal due to inappropriate promotion of religion at work; reasonable adjustments; perceived disability and holiday pay.

Mrs K worked as a nurse for the Dartford & Gravesham NHS Trust in a pre-operative assessment role. She was a Christian and her assessment of patients required her to ask them about their religious beliefs.

A number of patients complained that Mrs K had engaged in unwanted religious discussions with them during their assessments. The matron spoke to Mrs K about this, who assured the matron that she would stop initiating religious conversations with patients.

However, there were a further three reported incidents. Mrs K was accused of giving a patient a Bible and saying that she would pray for them, while another patient alleged that she had preached to her and made her feel uncomfortable. The third patient complained that Mrs K had told him that the only way he could get to the Lord was through Jesus, had gripped his hand tightly and had asked him to sing a psalm with her.

Mrs K was suspended and following an investigation and disciplinary hearing, she was dismissed for gross misconduct.  The grounds for her dismissal were that she had:

Mrs K issued a claim for unfair dismissal in the employment tribunal but did not complain of discrimination on the grounds of religion or belief under the Equality Act 2010.

She claimed that the NMC Code had to be interpreted in a way compatible with an employee’s rights to freedom of thought, conscience and religion under Article 9 of the European Convention of Human Rights. The tribunal rejected the contention, finding this had no application because her conduct fell into the category of inappropriately proselytising beliefs rather than being prevented from manifesting them – a distinction noted in the earlier case of Chondol v Liverpool City Council [2009].

The tribunal found that the investigation and disciplinary hearing carried out by the NHS Trust was fair and reasonable and the decision to dismiss for gross misconduct was within the band of reasonable responses in all the circumstances.

The Employment Appeal Tribunal refused Mrs K permission to appeal and she appealed to the Court of Appeal on two grounds:

The Court of Appeal unanimously dismissed the appeal. The leading judgment, noted that Article 9 cannot be directly enforced in the employment tribunals because claims for breach of Convention rights do not fall within their statutory jurisdiction. However, domestic law must be read to be consistent with Convention rights so far as possible.

It was clear from earlier decision that proselytising could fall within the rights protected by Article 9(1) of the ECHR. However, it was also clear that improper proselytism was not protected by Article 9. Interference with those rights could be justified as being proportionate to a legitimate aim under Article 9(2). The distinction drawn between the claimant’s religious belief and the inappropriate promotion of that belief was entirely valid.

The Court of Appeal noted that the claim was limited to a claim for unfair dismissal. There was no claim for discrimination on grounds of religion. The NHS Trust did not have a complete ban on religious speech in the workplace; it only considered it to be inappropriate for Mrs K to start discussions about religion and asked her to obey a lawful management instruction not to do so.

Mrs K agreed that she had initiated conversations with patients about religion. Despite the earlier assurances she had given to the matron in response to a lawful management instruction, she continued to initiate such discussions. The NHS Trust had conducted a fair investigation and disciplinary procedure. The tribunal held that its decision to dismiss Mrs K for misconduct fell within the band of reasonable responses open to the NHS Trust. Even considering the importance of the right to freedom of religion, it was open to the tribunal to conclude that the dismissal had not been unfair. Furthermore, the Employment Appeal Tribunal had been right to regard the appeal as having no reasonable prospect of success.

Brexit guidance has been published

ACAS has published guidance on the potential impact of Brexit on workplaces.

It links to the government’s technical guidance on preparing for a no-deal Brexit.  It sets out the impact of Brexit on EU citizens working in the UK, including the possibility of EU citizens applying for ‘settled status’.

We recommend that you start to discuss the matter with any EU citizens you employ, if you have not already, and the guidance gives examples of key points to consider.

Series of holiday pay deductions not broken by three-month gap

Police officers and civilian employees in Northern Ireland issued claims for unlawful deduction from wages under payment of holiday pay under the Working Time (Northern Ireland) Regulations 1998 (WTR).  Their employer admitted that since the implementation of the WTR in Northern Ireland in November 1998, it had calculated holiday using basic pay rather than normal pay including overtime.

The case made its way to the Northern Ireland Court of Appeal and one of the issues of the appeal was whether the Employment Appeal Tribunal in Fulton and another v Bear Scotland Ltd was right to say that a gap of over three months, or a lawful payment, breaks a series of deductions, or whether the question of what is a “series” is a question of fact for each case.

The court declined to follow the ruling of the EAT in the Bear Scotland cases about the meaning of a series of deductions. It noted that there was no definition in the legislation in relation to what amounted to a series of deductions, and it did not expressly limit the gaps between particular deductions making up a series. “Series” was an ordinary word, though, in the context of the legislation, it was a series through time.

As a result, whether there had been a series of deductions through time or not was a question of fact. A series could be created by deductions with a sufficient frequency of repetition, but occurring at different time intervals and in different amounts.

Accordingly, as a matter of proper construction of the legislation, a series of deductions was not broken by a gap of three months or more.

Linsley v Commissioners for Her Majesty’s Revenue and Custom

The Employment Appeal Tribunal has held that a tribunal erred in its approach to reasonable adjustments when deciding that an employer had not failed to discharge its duty when not offering a disabled employee a dedicated parking space.

What does this mean?

Ms Linsley has ulcerative colitis which amounts to a disability within the meaning of section 6 of the Equality Act 2010. The condition can make someone need to go to the toilet urgently, can flare up and down, and be aggravated by stress.

HMRC has a national policy on the use of its car parks under which priority is to be given to staff requiring a parking space as a reasonable adjustment. This was one of the factors which the tribunal should have considered, when assessing reasonableness. An adjustment that is recommended in the employer’s own policy is one that is likely, at least as a starting point, to be a reasonable adjustment to make. While there may be good reasons for departing from the policy, in such cases the employer ought to be able to provide a cogent reason for doing so. In this case there was not a good reason for failing to apply the policy.

The tribunal had incorrectly diminished the policy’s significance by referring to it as non-contractual or discretionary. A policy does not need to be contractual in effect to be relevant when determining the reasonableness of an adjustment.

The tribunal, when considering the particular disadvantage suffered by the employee, ought to have considered the stress which resulted from her having to find a parking space and not just the need for her to be able to park near toilet facilities. This was relevant to assessing the reasonableness of the steps taken.

Police officer was refused transfer because of perceived disability

Mrs C was a police officer in the Wiltshire Constabulary. She suffered from a degree of hearing loss, which had never caused her any problems when doing her job. Her hearing loss did not constitute a disability within the meaning of the Equality Act 2010, as she was able to do her ‘normal day-to-day activities’.

Mrs C issued a disability discrimination claim, contending that she had been discriminated against because of a (perceived) disability. Perception discrimination is where A acts because he or she thinks that B has a particular protected characteristic even if they in fact do not. Mrs C’s complaint claim succeeded before a tribunal and this was upheld by the Employment Appeal Tribunal

The EAT said that the phrase ‘normal day-to-day activities’ should be given “an interpretation which encompasses the activities which are relevant to participation in professional life”. Norfolk Constabulary’s belief that Ms Coffey’s hearing loss would, currently or in the future, render her unable to perform the duties of a front-line police officer was a perception that it would have an effect on her ability to carry out normal day-to-day activities. The Court of Appeal agreed.

The remaining question was whether to refuse employment because of a perception of a risk of future inability to work as a front-line officer fell within the terms of the Equality Act.

The Court of Appeal held it did. If a Claimant is perceived to have a progressive condition, he or she is to be treated as disabled within the meaning of the Equality Act. Once it is accepted that perception discrimination falls within the terms of section 13 of the Act, there was no rational basis for holding that it applies to some forms of discrimination and not others.

Mr F and his fellow claimants were ambulance crew who worked non-guaranteed and voluntary overtime. The employer did not include any overtime in the claimant’s holiday pay.

The ambulance crew argued that their voluntary overtime should count towards their ‘normal’ remuneration, and therefore be included in holiday pay.

Lord Justice Bean, delivering the leading judgment in the Court of Appeal, agreed. He stated that voluntary overtime should be counted when calculating holiday pay if it is sufficiently regular and settled for payments made in respect of it to amount to normal remuneration.

We have recently added this short video on the topic to our training resources.

To discuss any of these cases, and their impact on your business, in more detail please contact Christopher Sing. 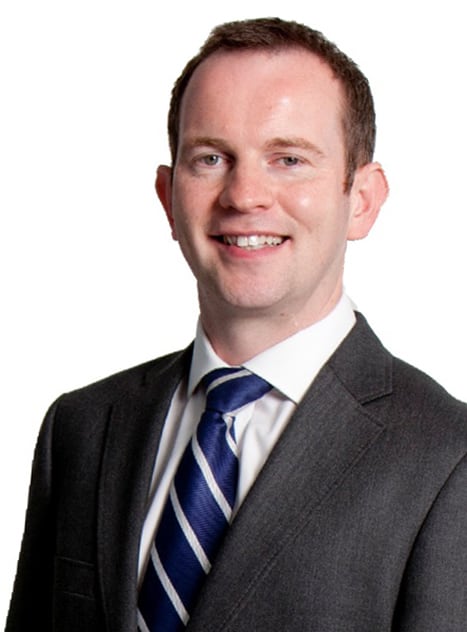