Welcome to our April bulletin.This month is a busy month in the Employment Law calendar as April typically sees the introduction of new employment legislation and this year is no different to any other. The most significant introduction for April 2017 is the Gender Pay Gap Reporting obligations for larger employers but in this month’s bulletin we also consider other key changes affecting all employers in addition to the latest developments in case law.

The long awaited Gender Pay Gap Regulations came into force on 6 April 2017. Large private and voluntary sector employers (defined as those with 250 or more employees on 5 April of each year) will now be under an obligation to report their gender pay gap data.

Employers will be required to compute and report on the difference in pay between ‘relevant’ male and female employees on an annual basis using data from a specific pay period that contains the relevant ‘snapshot’ date – the first of which was 5 April 2017. Employers now have 12 months beginning with the relevant date in which to publish the information – i.e. the first report will be due no later than 4 April 2018.

Under the apprenticeship levy rules, UK employers with an annual pay bill of or over £3 million will be required to pay an apprenticeship levy at a rate equivalent to 0.5% of their payroll costs. The Income Tax (Pay as you Earn) Regulations 2017 which took effect from 6 April 2017 make provision for the calculation and payment of the apprenticeship levy through PAYE, alongside income tax and NICs. Employers will receive an allowance of £15,000 to offset against their levy payment. Employers in England that pay the levy will be able to access funding through a digital service which is expected to open from 1 May 2017.

6 April 2017 also saw the introduction of the Immigration Skills Charge. The new rules introduce a charge for sponsors in respect to each skilled migrant that they sponsor in accordance with Tier 2 (General) and Tier 2 (Intra Company Transfer) categories (subject to some exemptions and transitional provisions). The charge is £1,000 a year for larger sponsors, with a lower rate for smaller sponsors and charities.

The national living wage for workers aged 25 and over will increase by 30p to £7.50 an hour. The rates of other minimum wage bands will also increase.

Is a reduction in workload a reasonable adjustment? Even if the employee hasn’t asked for it?

In Home Office (UK Visas and Immigration) v Kuranchie, the EAT considered whether sufficient steps had been taken to make reasonable adjustments.

Ms Kuranchie worked for the Home Office from April 2006. She had dyspraxia and dyslexia and was disabled for the purposes of the Equality Act. In early 2013 she explained to her line manager that her disability meant that she was having to work long hours to get her work done. Her line manager agreed to arrange for specialist equipment and a static desk. Ms Kuranchie also requested a flexible working arrangement where she would work compressed hours of 36 hours over 4 days and this was approved. The Home Office continued to give Ms Kuranchie the same volume of work as her colleagues.

Ms Kuranchie instigated claims of disability discrimination arguing that the Home Office should have reduced her workload as a reasonable adjustment. The Tribunal found that there was a provision, criterion or practice (PCP) of giving Ms Kuranchie the same volume of work as her colleagues, and that this placed her at a substantial disadvantage compared to her non-disabled colleagues as she had to work longer hours to complete the same work. It was therefore held that the Home Office was in breach of its duty to make reasonable adjustments.

Ms Kuranchie appealed the decision but the EAT dismissed the appeal. The EAT held that the PCP and disadvantage had been established and the critical question was whether the Home Office had taken such steps as were reasonable. The specialist equipment and compressed hours did not remove the disadvantage. Although, reduced workload had not been requested prior to the Tribunal, this did not prevent the Tribunal from considering it as a reasonable adjustment.

This case highlights the stringent obligation on employers to:

Reducing workload may not always be a reasonable adjustment, but:

In this case, it was reasonable to consider reducing Ms Kuranchie’s workload, even though she’d not raised it before, as other adjustments had not removed the disadvantage to her.

Dealing with a long term sick employee can often be a difficult issue to deal with both from a legal point of view and from a human perspective. In O’Brien v Bolton St Catherine’s Academy, the Court of Appeal offers guidance on when employers can dismiss an employee on long-term sick leave.

Ms O’Brien was a teacher and head of Department at the school. She was attacked by a pupil, her injuries were not serious and she returned to work after a short period. However, following the incident she felt unsafe in parts of the school and she was dissatisfied with the school’s lack of action on dealing with aggressive pupils. She later went off with stress.

After more than a year off work, the school tried to establish when she might return and what adjustments, if any, it could make to facilitate this. However, the school had difficulty getting this information. Ms O’Brien refused to attend a meeting to discuss her prognosis in case it upset her. She was therefore asked to provide the information in writing which she did in a questionnaire. However, she replied to key questions about timescales and barriers to a return to work by referring the school back to her GP who was not confident about when she might be able to return to work.

Ms O’Brien was therefore dismissed after a formal medical incapability hearing. At the time of the medical incapacity hearing there was nothing to indicate that a return to work was ‘likely in the near term’. The dismissal was upheld after an internal appeal despite the fact Ms O’Brien presented a GP fit note the day before the appeal hearing stating that her return to work was imminent. The school believed the medical information to be inconsistent and it was suspicious of the sudden appearance of a more positive diagnosis in a fit note.

Ms O’Brien won her employment tribunal claims for discrimination arising from disability under the Equality Act and unfair dismissal. The Tribunal held that the school had produced no satisfactory evidence about the adverse impact of her continuing absence was having so it was reasonable to ‘wait a little longer’ to see if she would return to work, particularly because of the encouraging evidence available at the appeal hearing.

The EAT disagreed and overturned the decision. It felt that the Tribunal had gone too far in expecting the employer to cope any longer.

The Court of Appeal restored the Employment Tribunal decision and provided valuable guidance for employers as follows:

Employers are not expected to wait forever for an employee to recover from illness. Dismissal is a valid possibility even where there is a vague promise of an imminent return. However, the Court warned employers about the need to consider disruption to the business that the absence is causing, it is therefore important to have a written record of the issues that are being caused for example the fact that temporary cover is used to cover the work, or what extra work colleagues are doing because of the absence.

This case also highlights the importance of reviewing carefully all the medical evidence during the whole of the sickness absence management process including that which comes to light between the original decision to dismiss and any appeal hearing. 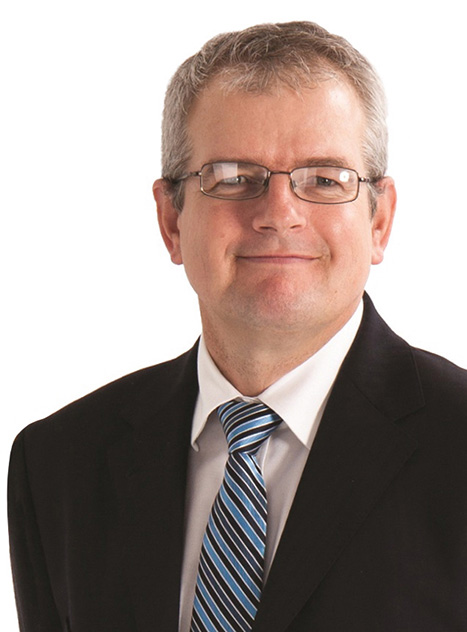